About Us  | Our Services  | System Management  |  Human Resources |  Contact Us 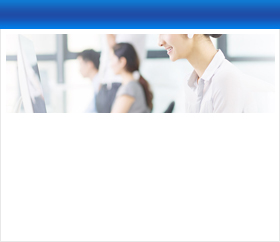 Chairman of the Board of Directors

Mr. Hu Zehong was born in a poor family in Xiaolan Town, Zhongshan City in 1967. In 1984, he went to work in a foreign PCB factory to support his family before graduating from high school. At that time, the salary was 2 yuan a day. He was a tester and an inspector first and then worked at packaging process. No matter what job he worked at, whether it was dirty or hard, he was even happier when he was working because he could get paid overtime. His colleagues all laughed at him and said:

"No matter what you do more or do less, you earn only two yuan one day! You are stupid!". But Hu Zehong believed that doing more would make him happier, because he thought that doing more could make him learn more. Half a year passed, some of his colleagues began to think that this work was too hard, and the salary was too low, so they left the factory to find another way to make a living. Now when Mr. Hu Zehong recalls that experience, he often says, "No matter what position you are in, it is easy to succeed as long as you work hard. If you take the initiative to do something, you will get more opportunities and success will be getting closer and closer to you.”

That working experience has become the most valuable treasure in Mr. Hu Zehong's life.

Under the leadership of Mr. Hu Zehong, Xingda operates with a high sense of social responsibility with the values of "Integrity, Win-Win Sharing, Return to the Society".

In recent years, the international electronic industry has high requirements for the environmental protection of circuit boards.

The industry has entered the era of low profit, but Mr. Hu Zehong still devoted great efforts to PCB industry, and at the cost of increasing the huge production cost, invested heavily to buy a large number of environmental protection equipment in order to provide completely environmental protection products for the society. Also this avoids high pollution products with low prices to occupy too much market and bring health hazards to consumers.

The culture of an enterprise is the culture of its operators. Mr. Hu Zehong is now leading all the people at Xingda to build the resounding brand "XINGDA".

Since 2004, Mr. Hu Zehong has also served as the vice president of the fourth board of directors of Zhongshan Self-employed Workers Association and Fusha Branch of Zhongshan Private Enterprise Association. In October 2005, Mr. Hu Zehong was elected as the first president of Fusha Chamber of Commerce. Now, an area of 160 acres of Xingda industrial park has been put into use.

The members of Xingda are striding forward!